When I am with the theme of the crowdfunding began to set apart, I stumbled quite rapidly through a variety of terms such as “lending, equity, Donation etc.

The following types are available:

Contribution-based crowdfunding (Reward-based crowdfunding) is usually used to finance new products or projects such as music, movies or art. This type of crowdfunding is often called pre-sale, or pre-selling. It is ideal for products that should be commercially available later, or for which the customer will pay afterwards. The funds, which are collected, are mostly used for the development and mass production of the product. In return the supporters receives in retrospect mostly the finished product.

With credit-based crowdfunding (Lending-based crowdfunding) can individuals and businesses get a loan from the crowd. This can have the great advantage of being independent of banks. Also, this type of loan may be more favorable than that of a conventional bank. This is possible because the risk is spread over a large number of donors, and is not supported by a single institution. In this way, the individual has only a small risk in the large group of supportive people, because it can only lose his own part of the deposit. A bank could, however, lose the entire sum of the risk.

Donation-based crowdfunding (Donation-based crowdfunding) is the oldest type of crowdfunding and was already used hundreds of years ago. With this type of crowdfunding that supporters do not expect any real return for their money, as they donate. Supporters expect, however, that their money also the purpose of benefits for which they have donated. It does not necessarily have a charity project to be, so do not directly profit, but it is often linked to a good cause, or connected to the personal interest of the wearer. 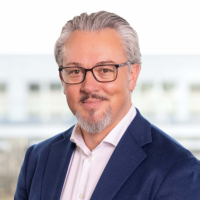